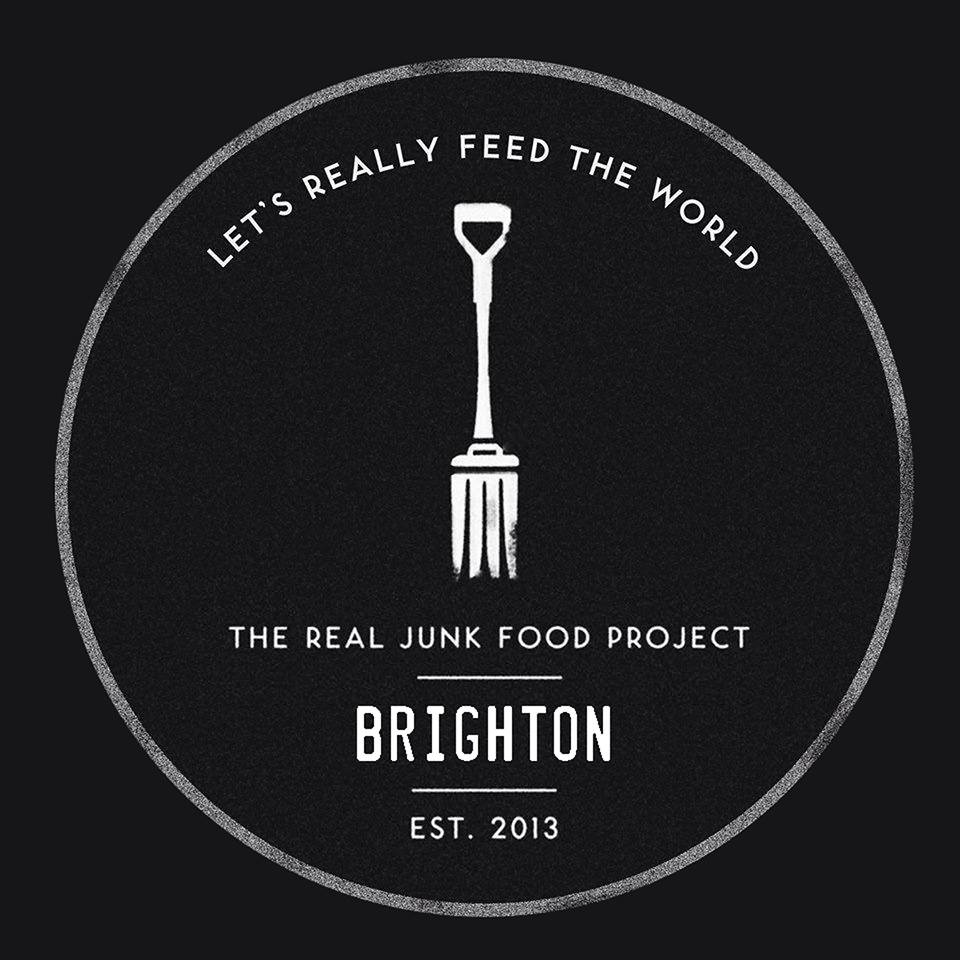 The Real Junk Food Project in Brighton – a radical reinterpretation of the problem of waste.

Odo, adored revolutionary in Ursula Le Guin’s ‘The Dispossessed’, in her manifesto for a new world, envisions a system of perfect efficiency and diligence when she proclaims, ‘waste is excrement’. Closer to home, Doug McMaster of Silo, chef wizard of waste would agree – albeit in less crude terms – when he insists, ‘waste is a failure of the imagination’. Both perspectives may be read as a meditation on the devastating failure of our global food economy – which, corrupted by the cold pursuit of profit, creates a vast polarity of scarcity and abundance, and which brings only discord and disease to our communities, and to the intricate ecologies on which those communities depend.

Indeed, waste in the context of our globalised food system is no small thing – each year, 1 billion tons of the stuff gets wasted, whilst 805 million people go hungry. In the UK, we waste an average of 7 million tons per year, with half of this waste being perfectly edible. This amounts to about £60 worth of food, per month, per household. 50,000 of those tons are produced by Brighton alone,

This excessive and wasteful production of food has significant environmental costs too – the global food economy emits a third of global greenhouse gas emissions. Indeed, food waste alone is the third biggest contributor of GHG’s to the atmosphere. Set against a backdrop of a rapidly expanding population and runaway climate change, we have a situation that threatens not just the health and dignity of the individual, but the survival of our species.

The political situation in the UK is grim. The false flag austerity agenda of our incumbent government persists in forcing millions deeper into poverty – the fact that ‘food poverty’ is an issue in the 7th richest country in the world speaks to an endemic economic and political corruption, where the rich as ever continue to gorge on a privileged and spectacular cuisine, whilst millions are destitute to the handouts of charities, and the goodwill of food activists throughout the UK. It is estimated that over 20 million meals were 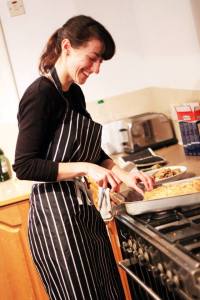 given to the hungry between 2012/13 by three main food providers, a dramatic 54% increase from previous years – a figure that likely pales considering the added handouts from fringe community projects.

The Real Junk Food Project in Brighton (TRJFPB) is an example of the kind of creative resistance and grassroots transformation of the problem of waste that is emerging in the UK. Hoovering up our food waste in Brighton and putting it in peoples bellies, where it belongs. Last week, I visited the project and the launch of their new crowdfunding drive to raise funds for a permanent junk food cafe in Brighton. Although, looking around the ‘one church’ – pop up home to the project every Friday afternoon between 1 – 3PM – resistance seemed an unlikely word to describe the chirpy collective busying themselves around food prep and service, or sat grazing over their salvaged tucker.

I arrived early to an almost empty church hall, not expecting the place to pack out so fast and with such numbers (the project has fed around 150 people a week since its launch in January, fluctuating to a whopping 300 for the crowdfunding launch). It takes a while for the significance of the abundance and diversity of the food on offer to sink in – community members of all ages ladled steaming goodies from huge trays down one side of the room, for omnivore, vege and vegan alike; with at least six or seven different salads on display. To the other side of the hall hissed and

whirred a well outfitted coffee station and at the back, two little islands, one packed with sweet treats and another with raw juices churned through a proper masticator.  A veritable food utopia – all destined for landfill without the ingenuity of this plucky tribe.

Sitting down with my meal, a turkey round and stuffing with a trio of dressed salads and some dried mango, I tried to suss out what felt so peculiar about the atmosphere. The capitalist doctrine of profit and transaction doesn’t hold here – the usual web of relations that make up an eatery were dissolved. I wasn’t a consumer here and the lovelies running the ship, weren’t staff either. We were participants – kin to a counter-culture of food making a radical statement of ‘not in our name’. At the end of the servery, a modest collection box stood stating ‘pay as you feel’, the slogan that has come to embody the egalitarian philosophy of the junk food movement. Pay in ideas if you want, volunteer, contribute a song or a poem – and if it’s one of

those days where you just have nothing to give, your presence and smile will do. This radical principle of equality and mutual aid creates diversity, and therefore a resilient and capable community – people are brought together despite their ‘status’, to sit, eat and dream together, to go on to create a different world.

Adam Buckingham, progenitor of TRJFPB, seems to take all this in his stride. He glides around the church hall like a waste guru, greeting people with hugs and smiles; one of those guys that your Mum would love. In political debate, he’s principled, alert and engaging – you can see how, with his sheperding, the project has established itself. The other volunteers, with obvious care, stop him in mid flight to nourish him with ‘junk’ food and juice. Adam

is one of six ‘directors’ of the project who are driving forward an ambitious plan to secure a permanent commercial residence in Brighton; building on the success of other waste cafe’s in Bristol and Leeds they are trying to found a full-time creative outlet for Brighton’s food waste, and a hub for food-activism and learning.

In Brighton, we’re lucky that waste-activism is pretty well established thanks to a network of dedicated activists – and the success of Silo here, the UK’s first zero-waste restaurant, has helped even more to popularise the message and encourage a strong community ethos around food. A RJFPB cafe in Brighton is important beyond its utility in reducing and redistributing waste of course – it creates a radical space of alterity, where a community comes together to think differently about society through food. In short, it’s much more utopian than full bellies – it’s about a different way of life: eco-conscious and from the grassroots up, potential that you don’t get served up in starbucks. Beyond that, its success will mean a full-time hub of inspiration that serves to influence (agitate?) the ethos and practices of Brighton’s wider food enterprise.

Positive appropriation and transformation of waste, full bellies on a ‘pay as you feel’ tariff, skills exchange and learning, community development and empowerment, and radical politics all under one roof – all run on voluntary steam, for 15K?

That’s a steal in anybodies books – Odo, would be proud.