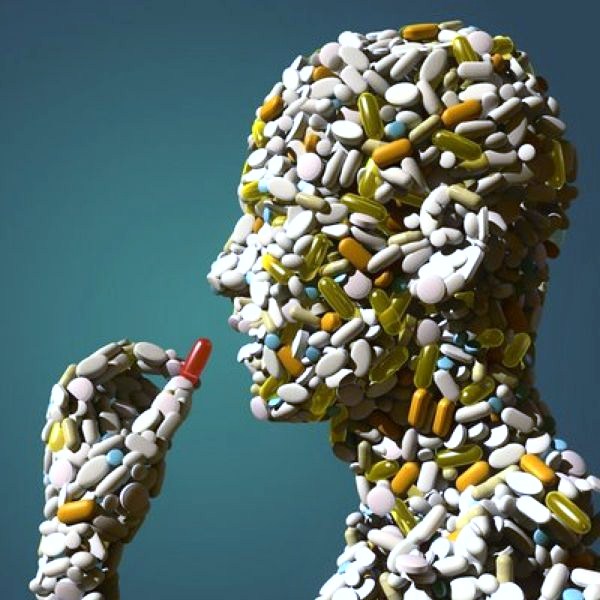 Rock up at your Doctor’s with a mental health condition and you’re likely to receive a pretty detached and reductive assessment of your condition – your GP will probably translate your symptoms into a series of numbers and feeding them into the computer, locate you on a scale of 1-10: the total score indicating your suitability for pharmaceutical intervention.

The SSRI (Selective Serotonin Reuptake Inhibitor) is a preferred weapon of the biomedical arsenal against depression, and one you may welcome in the depths of an unrelenting despair. The training of the biomedical practitioner is usually to understand depression, or mental health problems in general as the result of a biological pathology, and something that can be fixed through an intervention at that level: i.e. with drugs. Holistic

considerations about the nature of depression and in turn, appropriate holistic interventions are in most cases not on the biomedical menu. If you’ve experienced drugs meant to alleviate depression, such as SSRI’s, perhaps the first apparent concern upon undergoing treatment was the overwhelming list of side effects that accompany the prescription: sexual dysfunction, digestive disturbance, cognitive disorders, mania, bruxism, tremors (to name a few) – and if you come off the drug to quickly, discontinuation syndrome (pretty rank).

Of course some people experience a lift in mood on SSRI’s – many report being given a ‘baseline’, that balances them out and whatnot. And fair play – we shouldn’t quarrel with peoples subjective experiences, they should be honored. But then, there are important questions to be raised about how ‘anti’, anti-depressants actually are: people suffering from the condition can take them for up to twenty years, being so neurologically dependent on the chemical-fix to wobble without them, but essentially still depressed. Indeed, incidence of depression and mental illness continues to surge in the West, despite the trigger-happy prescription of pharmaceuticals to remedy the condition.

So what is the crack with anti-depressants, really? How effective are they?

Well, seemingly not that effective. A meta-review of published studies on the efficacy of antidepressant drugs for instance, reveals that SSRI’s, which are the most commonly prescribed drugs to treat depression: ‘have no clinically

meaningful advantage over placebo’. Under these circumstances, the fact that they are doled out so unconsciously in the West should give cause for concern. But when you consider the hegemony of biomedicine and its political economy (its insidious relationship with big pharmaceutical companies for example), the picture becomes clearer. Anti depressants won’t cure your depression, they’re a gimmick peddled for profit, based on unsound science and debased principles.

The application of anti-depressants to a complex phenomena such as depression, mirrors the reductive approach of biomedicine. If we’re ever going to find relief for those suffering, depression and mental illness in general demands a holistic approach on a case-by-case basis, and perhaps more radically, a critical stance on and transformation of the way life is structured in contemporary society.

The roots of mental illness lie in our embodied experience of the world: dependent on our immediate social, political and cultural context. From the pain of our histories too. The body also requires particular nourishment so as to not feel depressed, anxious or neurotic – and it’s important that our metabolism is working effectively for us to benefit from that nourishment. More and more research also points to the importance of a healthy balance of bacteria in the gut for optimum mental health, challenging narrow conceptions of health and disease, and opening up a notion of the human as an ecology, the health of which depends on an internal biodiversity and a harmonious interrelatedness with nature.

For health, I invite you to approach the body as exactly that: an ecology in and of itself. A vibrant system where all parts are interdependent. An ecology situated within a larger ecology, which is our environment, the planet and its lifeforms. All symptom patterns, rather than being isolated events, stem from underlying dysfunction in the body, which in turn may also stem from a rupture or impropriety in the way we relate, biologically or consciously, to our environment at large. This is a perspective biomedicine seems to neglect, adopting an approach to human health that mechanistically focuses on dysfunction at the biological level and within individual systems, neglecting to encompass the functioning of the whole body-ecology, or how health is dependent on wider context.

A sound basis for mental health in particular, is undoubtedly nutrition. Which, whilst not a panacea for health is a solid foundation. In that, proper respect, practice and intrigue around 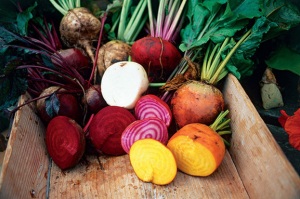 wholesome food, traditional food knowledge and preparatory techniques serve as a gateway for real nourishment of the body, an awakening to the redundancy of current conceptions of health and disease and the unnecessary suffering perpetuated by the current system.

In the West, we have fundamentally lost touch with such basic foundational principles in our lives – and as the East cartwheels to catch up with our carnival of consumption, so too do their cultures suffer the same impoverishment. Food preparation is fast becoming a nuisance, one that many of us cannot afford to concern ourselves with. Whereas food for centuries has been the hub of community and family, modern life demands that we concern ourselves with the rat race above our own nourishment. Increasingly in the West we eat unprepared grains that are toxic to our system. We eat meats from animals farmed like objects in concentration camps. Consume dairy products stripped of their nutritional essence and gorge on confectionary loaded with refined sugars and an insidious host of immune inhibiting toxins. Mainstream advice on diet and nutrition is increasingly at odds with the body’s requirements, instead

complementing the marketing line of giant food corporations and retailers – The NHS in the UK for example promotes consumption of grains without proper preparation, pasteurised dairy products and openly disputes the claims the GM foods are linked to degenerative disease. Unbelievably, even where we make ‘healthy choices’ we run the risk of being exposed to compounds like glysophates (fallout of Monsanto’s enforced prescription of pesticide for our global agricultural system), the cognitive consequences of which are real cause for alarm.

The exposure to a denatured slurry of corporate fare is killing us. It is having a particularly insidious effect on the integrity of our guts. And the more we learn, the more we understand that mental health is contingent on the optimum health of the gut. Essentially, if your diet is bad, your mental health is bad. If the integrity of your gut has been hampered with in anyway by a bad diet, or environmental toxins, then the harmonious synergy between the gut and mind is thrown into conflict. Indeed, you might say, a wobble in the belly results in an even bigger wobble in the mind.

One strategy towards better mental health is an emphasis on the gut as centre. The gut in eastern philosophy is understood as a store of great power and potential. Zen Monk’s will always reference the gut when you ask, ‘from where do you think’? This shouldn’t be any surprise, given that we know the gut, or ‘second brain’, boasts around 100 million neurons, uses more than 30 neurotransmitters (the same amount found in the brain), and harbours around 95% of the body’s serotonin (serotonin plays an important part in the regulation of learning, mood, sleep and other essential regulatory processes). It enjoys a unique communicative relationship with the brain and is a primary interface with our external environment. It is also home to the largest colony of microbes in our bodies, totaling some 500-600 different species and weighing in at around 1.5-2KG.

Looking after the gut in the promotion of mental health is paramount. Whether that’s limiting the amount of damaging foods you’re exposing yourself too, or attempting to support or re-establish a good flora via fermented foods or probiotic supplements. Indeed, taking care of the gut and the ecology of bacteria that resides there is a true recognition and practice of holism: it requires that we have a proper relationship with the external, with the ability to nourish our gut in particular ways – to bring that reality into alignment has ramifications beyond the individual, into wider social, political, environmental realms. A change in the way we relate to external structures, effectively impacts and transforms those structures in terms of what they do and are able to provide.

A good starting point to explore the ‘gut-brain’ axis might be McBride’s ‘gut and psychology syndrome’: which, whilst her prescription for better mental health is based on an ecologically unsound diet (excessive consumption of animal products), her analysis of the problem is sound and is one contributing opinion to the fledgling discipline of Nutritional Psychiatry.

The old guard of biomedical assumptions and prescriptions for mental health is at an end. It’s time for a new perspective, we hope this helps.